Green-certified homes sell for 9% more than regular homes in California and their premium is highest in the hottest and most eco-minded areas, says a report today. 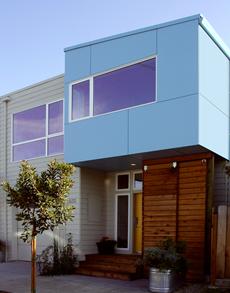 Single-family homes with green certifications sold for an average of $34,800 more than comparable homes from 2007 to 2012 when the average California home was priced at $400,000, according to the University of California research. The premium varied significantly within the state, showing spikes in areas with the most electric vehicles.

“We observed a phenomenon we’ve termed the ‘Prius effect’ — a positive correlation between the value of green home labels and environmental ideology, as measured by the rate of hybrid registrations,” said co-author Nils Kok, visiting professor at the University of California, Berkeley. In these areas, he said residents may see green homes as “a point of pride or status symbol.”

The study finds the premium is also highest in the hottest places, suggesting buyers value green labels for the pragmatic reason of lower utility bills. It looked at 1.6 million home sales, including 4,300 that earned certifications from Energy Star, GreenPoint Rated or the U.S. Green Building Council’s LEED for Homes program.

Similarly, two smaller studies found green-certified homes sell for more than regular ones. In Seattle, they sold for 8.5% more per square foot and were on the market 22% less time from September 2007 to December 2009, according to Seattle-based GreenWorks Realty. In the Portland, Ore., metro area, they sold for 12% more from May 2008 to April 2009, reports the Portland-based non-profit Earth Advantage Institute.

Prior research co-authored by Kok found that green ratings boost the value of office buildings, too. Those with green certifications commanded rents that were at least 3% higher and sale prices that were 16% higher than non-certified office buildings, according to a January 2009 study.